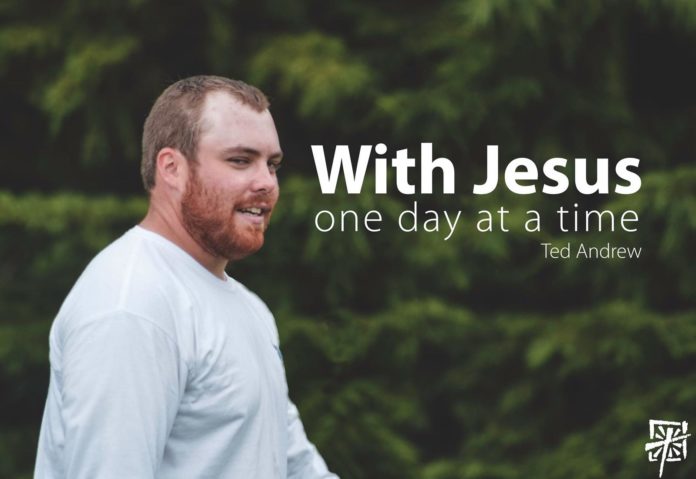 The 5.30pm Mass in the Cathedral  on Wednesday 1st May will be celebrated in remembrance of Ted Andrew of NET Ministries who passed away last week.

May he rest in peace.

Message from Bishop Phonsie.
I regret to inform you of the death of Ted Andrew who was part of the first NET Ministries Team here in the diocese. Ted passed away losing a two year battle with cancer.

He had commenced treatment in Dublin and then went back home to Canada.

Ted is very fondly remembered. He filled his 8 months in the diocese with lots of prayer and work visiting schools and parishes, doing his best to spread the knowledge and love of the Lord Jesus.

Please remember Ted in your prayers and also his Mum and Dad and two brothers in Alberta, Canada as well as all of his NET colleagues, especially Elaina, Dillion, Leah and Sophie who, along with Ted, formed that first NET Team here.

His funeral will take place next week.

May he rest in peace.
Most Reverend Alphonsus Cullinan, DD,

Below is correspondence from Tony Foy, Executive Director of NET Ministries

It is with great sadness and joy that I inform you of the passing of Ted. Our faith and his example tells us that he is with Jesus in heaven. He lived a great life, had great faith, offered it all up for the sake of souls and believed wholeheartedly in the mission of NET in Ireland.

The photograph is with his team which served with Bishop Phonsie in the Diocese of Waterford. He is the man with the beard on the right.

They lived on a thirteen square mile ranch (normal for over there) and farmed cattle. The sense of serenity was beautiful for me and I said to Ted that I came to give to him and spend a little time but had received so much more than I had given. His answer to that was priceless. He said he wondered was it just him but he felt he could hear God so much better on the farm and what I had said was confirmation of that. He felt he was where God wanted him to be.

I gave a talk in January when we are getting the Missionaries ready to go back to their parishes. It’s called Uniformity to God’s Will and is a rallying call for them to fight to the end and offer all the little annoyances up and thank God for them. This year I got Ted to write down a few words on what it’s like to be sick and how he understood that in the light of God’s plan for his life. I’ve included what he sent me unedited. (typo’s and all!!)

Ted appeared on the Joe Duffy show in December 2017. This happened as a result of the positivity and faith that Ted demonstrated to his fellow patients in the ward. Here is a link to that interview. https://www.rte.ie/radio1/liveline/programmes/2017/1218/928242-liveline-monday-18-december-2017/

It’s worth listening to the interview if you have some time. May Jesus bless you all.